Grand Central Terminal (GCT, often popularly called Grand Central Station or simply Grand Central) is a Terminal station at 42nd Street and Park Avenue in Midtown Manhattan in New York City. Built by and named for the New York Central Railroad in the heyday of American long-distance passenger trains, it is the largest train station in the world by number of platforms 44, with 67 tracks along them. They are on two levels, both below ground, with 41 tracks on the upper level and 26 on the lower. When the Long Island Rail Road's new station, below the existing levels, opens (see East Side Access), Grand Central will offer a total of 75 tracks and 48 platforms. It serves commuters traveling on the Metro-North Railroad to Westchester, Putnam, and Dutchess counties in New York State, and Fairfield and New Haven counties in Connecticut.  Although it has been properly called "Grand Central Terminal" since 1913, many people continue to refer to it as "Grand Central Station". Technically, that is the name of the nearby post office, as well as the name of a previous rail station on the site. 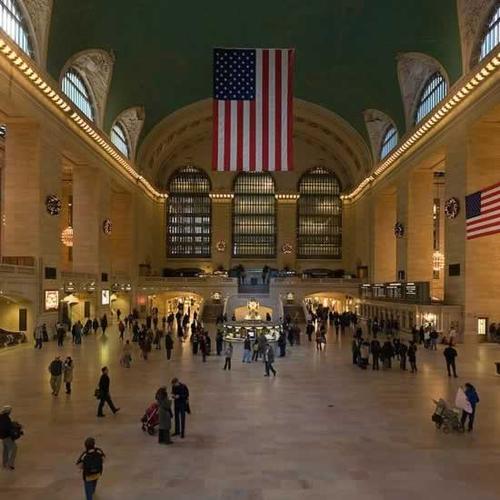