The Bronx Zoo is a world-famous zoo located within the Bronx Park, in the Bronx borough of New York City. The largest metropolitan zoo in the United States, the Bronx Zoo comprises 265 acres (1.07 km²) of parklands and naturalistic habitats, through which the Bronx River flows. The Bronx Zoo is south of the New York Botanical Garden. Privately owned estates previously occupied the land which became of the Bronx Zoo and New York Botanical Garden. In the 1880s, New York State set aside the land the land for future development as parks. In 1895, New York State chartered the New York Zoological Society (later renamed to Wildlife Conservation Society) for the purpose of founding a zoo.The zoo opened its doors to the public on November 8, 1899, featuring 843 animals in 22 exhibits. In 2006, the Bronx Zoo is home to more than 4,000 animals, many of which are endangered or threatened species. 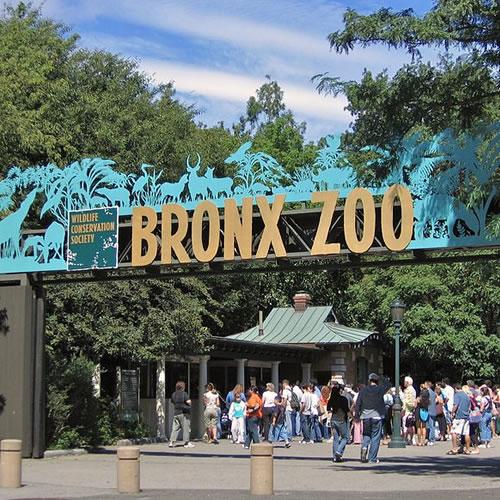